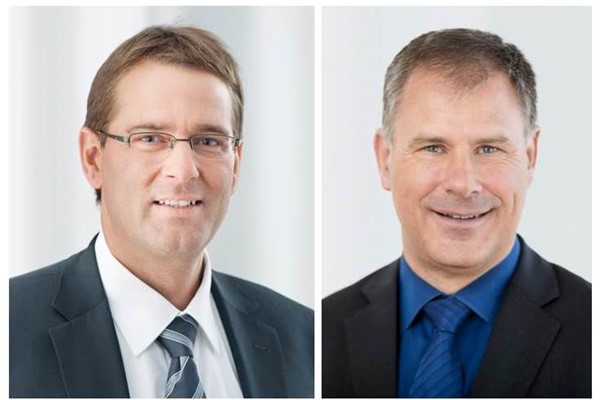 SR Technics, a world leading MRO service provider, is pleased to announce the appointments of Jean-Marc Lenz as Chief Operating Officer and Accountable Manager, and Michael Sattler as Chief Commercial Officer, effective as of June 1, 2017. Jean-Marc will succeed Frank Walschot, who has joined HNA Group.

Jean-Marc Lenz began his professional career as an Aircraft Maintenance Technician with the company in 1985, and he has over 30 years of professional experience. After holding different management positions within SR Technics, such as Head of Line Maintenance and Head of Aircraft Services, Jean-Marc was appointed as Head of Engine Services in March 2015. Jean-Marc holds a degree in industrial engineering from the MTM in Berne and a master’s degree from ASM Kaderschule in Winterthur.

Michael Sattler joined SR Technics in 2015, and he has over 25 years’ experience in aircraft maintenance and repair services. He started his career as an air force cadet in 1984, serving the German Air Force and NATO for over ten years. Since then Michael has held various senior leadership positions in organizations such as RUAG Aviation and Jet Aviation. Michael holds a master’s degree in Aeronautical Engineering from Universität der Bundeswehr Neubiberg, Germany.

Commenting on the new appointments, Jeremy Remacha, SR Technics CEO, said: “I am delighted to have Jean-Marc and Michael take their next steps with our company. Both of them have extensive experience in the aviation industry and are exceptionally customer focused. They are well-positioned to lead us forward. On behalf of the management team, I would like wish Jean-Marc and Michael all the best in their new roles.